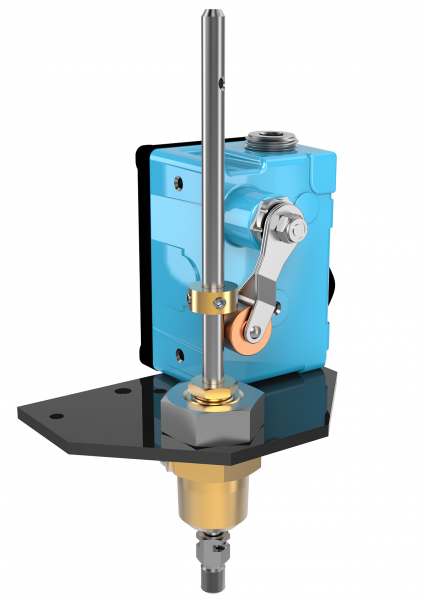 The Cla-Val Model X105L/X105L2 Limit Switch Assembly is a rugged, dependable and positive acting switch assembly actuated by the opening or closing of a Cla-Val control valve on which it is mounted. The single-pole, double-throw microswitch can be connected either to open or to close an electrical circuit when actuated. By loosening the allen screw on the actuating collar and raising or lowering the collar on the stem, the X105L is easily adjusted to signal that the valve has fully reached the desired position (open or closed).

Use the X105L/X105L2 Limit Switch Assembly for any electrical operation that can be performed by either opening or closing a switch, such as alarm systems, process control, pump control, motor starting or stopping, etc. This limit switch assembly can be readily attached to most Cla-Val Control Valves.